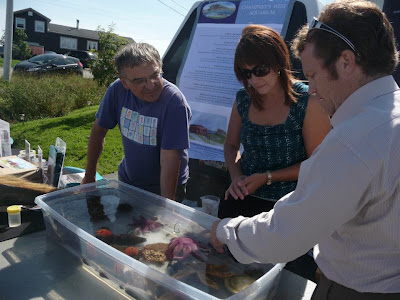 CBC On The Go

Guest host Mack Furlong speaks with Bill Driedzic, an Ocean Science Professor at Memorial University, about the the Champney’s West Heritage groups efforts to build a marine aquarium and touch tank in the community.

The Champney’s West Aquarium has recently expanded to join forces with the Oceans Learning Partnership.
The partnership is another stepping-stone toward their initiative of building a public aquarium centre and touch tank in the community.

The idea was first conceived by Champney’s West resident Wanda Pippy and brought to Bill Driedzic, a summer resident and professor of ocean sciences at Memorial University.

From there they moved forward in taking the idea to the Champney’s West Heritage Group who agreed to be the umbrella organization for the project. They crafted a concept plan and today they are in the stages of raising funds to make it a reality.

“We’re almost there,” Driedzic told The Packet,  “We have had meetings with the federal and provincial funding agencies who have encouraged us to move forward.”

The funding agencies told the group they would come on board if $100,000 could be raised.

Driedzic says they are half way to meeting their goal and the initiative went public with their fundraising drive on Aug. 10 as part of this years Champney’s West Days Festival.

“Total project cost is about $260,000 and we have a substantial amount of that as incoming contributions from Memorial University and from the Huntsman Marine Science Centre in New Brunswick,” he says.

Click Here to read the full story at The Packet online 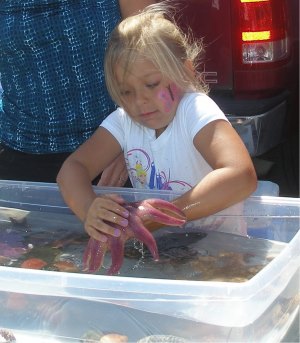 Great Interview with  Marilyn Sonnenberg on CBC’s Central Morning podcast talking about the plans for the upcoming Champney’s West aquarium!

“The tiny community of Champney’s West has big plans for an aquarium project designed to attract tourists. We hear from a person pushing it along, as well as a person who founded a similar facility on the Avalon.”